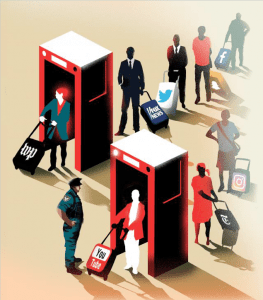 Now that marketers have been reminded of the internet’s dark side, whitelists are top of mind.

Last year, many digital ad players felt like they’d gotten a handle on fraud and celebrated passing TV in U.S. ad revenue for the first time. Then the perils of programmatic advertising roared back in the form of fake news sites and offensive YouTube videos, all underwritten by unwitting major marketers. Brands like Procter & Gamble and Chase are now scouring the web to reassert control, assembling lists of pre-approved publishers worthy of their budgets. Major ad buyers such as GroupM and Omnicom Media Group are working on similar solutions to offer clients.

The ad-supported world wide web is abruptly in danger of shrinking from a sprawling, inventive and untamed territory to a set of safe spaces for advertisers, possibly changing the character of the internet in the process.

“There is not a million sites that make sense for all advertisers,” said Marc Goldberg, CEO of Trust Metrics, a tech firm that grades online content for quality. “The number of marketable domains is much smaller.”

Whitelists of pre-approved publishers give brands the control they are demanding, but they also undermine the prime benefits of digital advertising: the seemingly infinite inventory and ways to target consumers.

“If you’re using programmatic to generate efficient reach and scale with ad targeting, whitelists can hamper the ability to do that broadly,” said Joe Barone, GroupM’s managing partner of digital ad operations.

Premium inventory could also fall prey to selling and reselling by powerful brokers, like tickets to the only concert in town. “If fewer sites are ‘eligible’ for ads, then this becomes much more of an investment play,” said Jared Belsky, president of 360i, an agency known for its digital prowess. “The big guys gobble up inventory and arbitrage it all over the place, recreating the ad networks of the past, which we are running from.”

Smaller content creators, not necessarily offensive but not preapproved either, could also be stuck in an underfunded zone, cut off from automated ad flows. “The only risk I care about is making sure the individual creators and smaller sites still have an equal opportunity,” said Jason Kint, CEO of publisher trade group Digital Content Next. “If a new property launches and does everything right, it could still have trouble getting on that whitelist.”

Still, the new regard for quality holds promise for trusted publishers, according to Kint. “It separates the wheat from the chaff,” he said. “Premium inventory becomes more scarce and more properly valued, and junk becomes junk.”

Digital media’s ad crisis kicked off in January, when Procter & Gamble, the world’s top advertiser, threatened to stop paying publishers, agencies and ad tech sellers that don’t meet its standards on issues like ad viewability. “The days of giving digital a pass are over,” P&G Chief Brand Officer Marc Pritchard proclaimed. “It’s time to grow up. It’s time for action.”

Action came in March, as marketers fromGeneral Motors to Walmartpaused their advertising with YouTube after press reports showed their ads supporting violent and offensive videos, placed there by automated systems that couldn’t account for content. That ultimately prompted YouTube to restrict its ad program to channels with at least 10,000 lifetime views and an approved application.

Finally,JPMorgan Chasecut its digital advertising to 5,000 freshly preapproved sites from 400,000 bought by machines—without paying more or hurting performance. Its move was motivated by a New York Times reporter who pointed out that a Chase ad ran on the site Hillary 4 Prison, beneath a headline claiming that Elijah Wood had spilled “the horrifying truth about the Satanic liberal perverts who run Hollywood.”

It seems that the entire ad industry is demanding accountability.

The ground was prepared by the outcry over the “fake news” phenomenon that many people said impacted the presidential election. The industry had been looking for fraud and bots, but didn’t consider the real traffic going to websites publishing made-up headlines. “Fake news, terrorism, advertising fraud—it’s all related,” said one digital media executive, speaking on condition of anonymity to discuss the ad industry’s deepest problems.

GroupM and Omnicom Media Group, as well as ad tech companies like Integral Ad Science, are trying to help brands understand how to whitelist without going too far. Integral Ad Science, for instance, said it can grade almost every page on the internet for brand risk, then let brands decide what risk levels they can support. They say extreme, iron-clad whitelists should apply only to brands with the lowest tolerance for risk.

That sort of system can’t guarantee that every brand will always show up only where it wants, so audits are conducted afterward.

“The flight to quality doesn’t mean only buying ads on 1,000 websites,” said David Hahn, chief product officer at Integral Ad Science. “Brands need to embrace the technology and tools to understand the type of media they’re buying and make effective decisions whether that media is appropriate for them or not.” 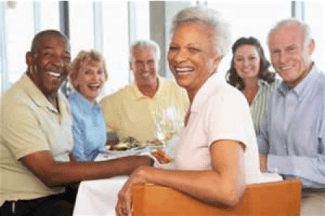 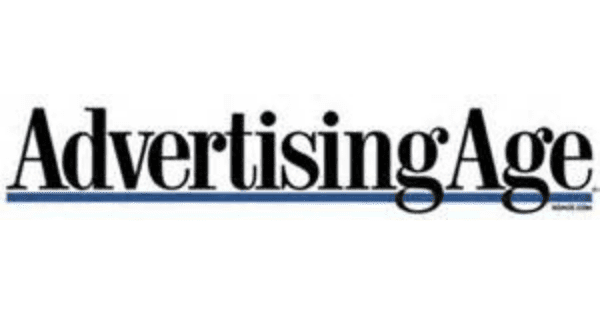